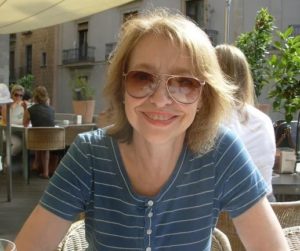 Continuing the #OTW Guitar Month, we would like to introduce you to one of our guitar students, 67-year-old Susan Davis, who has been taking lessons at Off The Wall School of Music for about 3 years.  Here is Susan, in her own words…

“… Studying music at Off the Wall is one of the best things I’ve ever done.  I had wanted to play the guitar since I was a young adult, but I never thought I had the time.  I played the piano when I was a kid, but didn’t keep it up.  I still have the piano my parents gave me for my 10th birthday, and I intend to go back to it someday.  Also, I’d like to take up bass and maybe harmonica.

Right now, I study guitar (primarily electric, but also acoustic) with Matt Williams, who is an awesome guitar player and a fabulous teacher.  I sing, too. I love to sing. 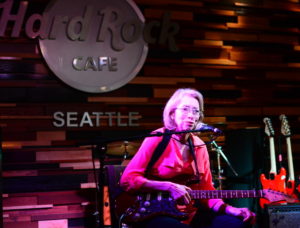 My primary focus is blues, especially Chicago blues and Delta blues, and I also like R & B.  I love this music because it is so raw and honest.

Some of my favorite artists are Etta James, Bonnie Raitt, B.B. King, Sam Cooke, John Lee Hooker, Muddy Waters, Taj Mahal.  Bonnie Raitt is one of the best guitarists in the world, and I listen to her to get ideas.  Her slide guitar is the best I’ve heard.  Some of my favorite songs are Kokomo Blues (Bonnie Raitt), The House of the Rising Sun (The Animals), Something’s Got a Hold on Me (Etta James), Love Me Like a Man (Bonnie Raitt), Never Make Your Move Too Soon (B.B. King), Ain’t No Sunshine (Bill Withers).

Growing up, my dad was an Air Force test pilot.  I wanted to be a journalist or a lawyer and I ended up doing both.  I worked as an Associated Press writer and then as a radio and television reporter in Seattle and Spokane.  Then I 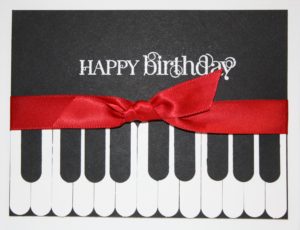 Susan still has the piano she was given for her 10th birthday.

practiced law after getting my law degree from the University of Washington.

I’m retired now, which is why I get to play music.

Off the Wall is a great music school.  The music teachers are impressive musicians in their own right and the school’s focus on teaching performance through frequent recitals at a music venue like the Hard Rock Cafe is spot-on.  I think

Susan Davis got her law degree at the UW!

performance opportunity is what music students need to learn how to be musicians.  Not to mention that it is fun.

My favorite food?  Chocolate!  I eat it every day!

Pets?  Two cats (a sister and brother, Stuck and Stump) and a miniature schnauzer (Bailey), who pretty much have the run of the place…”

Of course they do!

Thanks, Susan, for your contribution to our blog and your continued involvement with our school!

Do you love taking music lessons at Off the Wall? Share your story with us!
Click here to read updates regarding COVID-19