Home, Home on the Range

Daniel’s musical experience started at 4 years old through violin lessons at the Pacific Northwest School of Music. Utilizing the Suzuki Method, the school emphasized performance and ear training skills. At 11 years old, Daniel’s father bought him a small ukulele and a companion booklet. Soon, Daniel was singing and playing songs. After performing Home, Home on the Range at a 5th grade school play, Daniel was hooked on playing music. He acquired an acoustic guitar and began composing his own music.

In Fall 2000, Daniel formed the reggae-rock group, Nuffsed. The band’s popularity and musical growth picked up momentum and Daniel began writing songs for the band’s first cd, All The Hits. While at the University of Washington, Daniel formed a rock band called Groove Packet.

A study abroad opportunity in Ghana, West Africa in 2002 as well as a role as lead guitarist in the Senegalese group, Ibrahima Camara and Safal from 2004-2009, established Daniel’s technique and love for West African Music. In Accra, he studied with a highlife guitar master, studied Ghanaian dance and percussion, and followed the career of Afra, an eclectic West African group.

Seattle by Way of Berklee 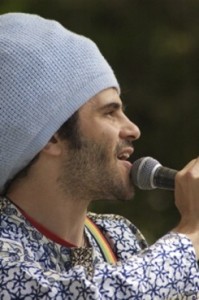 Since returning to Seattle, Daniel has directed string and band student ensembles and taught guitar privately in the area. He has also worked as an arranger, sound engineer, and music producer. Recent bands have included Leisure Sound, The Culture Yard Band, Cordaviva, and The Highlife, where he is the founder.

Here are some left hand patterns for the sweet home Alabama exercise. notice at the end some of the fills and walk […]

Leonard Solomon created a Bellowphone in the 1980’s, but here’s one of his newer inventions… the incredible, astounding, mind-blowingly majestic Oomphalapompatronium contraption! […]

We just wanted to take a moment and welcome a new member to our team! Stephen Bent! He will be teaching piano, […]

Here are a bunch of different right hand patterns you can play as a solo in sweet home alabama!