The first week of rock band camp this year was a SMASHING SUCCESS!!!
4 Rock stars came together and formed a great band named “THE MOUSTACHE BRIGADE”

What They Did At Rock Band Camp

Students at rock band camp had the opportunity to play different instruments like drums, piano, bass, guitar and sing or rap! They take short private lessons on each of the instruments and test out what they learned with the group.

In addition to learning a lot of great music, they came up with a band name and create a music video and plot for the video. Then they record the music track for their video and mash it together with the video together in an awesome quirky masterpiece!

The Plot of the Music Video:

The Moustache Brigade came together this Spring break to rescue Jimi Hendrix’s last guitar from the EVIL PANDA. 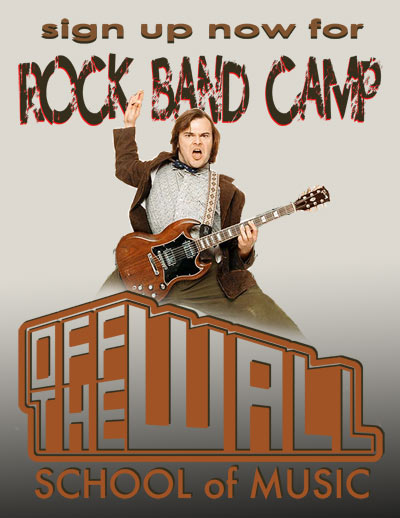 Check out the newest Rock “Stars” at Off the Wall! Sign up for a free lesson today! https://offthewallschoolofmusic.com/scheduling/

Rock Band Camp Students had a blast! They certainly bonded quickly. Check out this fun clip of them having a blast!

Are you looking for a new home for your piano? We accept donations! If we can’t take it personally we will share […]