There are some conflicting dates about exactly when “In Utero” came out.  Some say 9/21/93 and others say 9/13/93. We say, why quibble?, it’s close enough to include a mention during our celebration Nirvana-o-mania week. 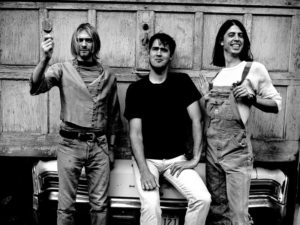 Here is a fun 2013 NPR interview with Dave Grohl and Krist Novoselic, the band’s surviving members, where they remember the recording of “In Utero,” which was done in near solitude in the Minneapolis wilderness.  After it was released, the album shot to #1 on the Billboard charts.

Jazz in Seattle has a long and rich history. Read our student Eric’s article about “Jackson Street After Hours” and the impact the community had on jazz music — and vice versa.