On October 22, 1990 – 25 years ago today – a little band called Mookie Blaylock nervously performed its first concert at the old Off Ramp Café on Eastlake Avenue. Within a few months, a name change would rechristen them Pearl Jam.  Within the decade, the world would christen them one of history’s best rock and roll bands.

Interestingly, 30 days before and just around the corner, another little known band, Nirvana, exploded onto the scene in its legendary International Motor Sports Garage show.

As we mentioned yesterday, it was the early 1990s and things were getting hot in Seattle.

Mookie Blaylock was built from the remains of another disbanded group, Mother Love Bone, whose remaining members were reeling from the recent loss of their frontman Andrew Wood to a heroin overdose.  And unknown Mookie Blaylock looked much as Pearl Jam does today. The only change is that the Dave Krusen, the band’s original drummer left the band in May 1991.

That night at Off the Ramp, Mookie Blaylock opened for another upcoming grunge legend, Alice In Chains, as the more established group toured for its 1990 album Facelift.  That evening, Mookie

Blaylock’s set was a brief one, consisting of only seven songs and an encore. Most of these songs found their way onto the band’s debut album, including future classics “Alive,” “Even Flow,” and “Black,” though some of the lyrics soon changed.

In the audience at the Off Ramp that night was Nancy Wilson, guitarist with fellow Seattle band Heart. She remembered recently-hired lead vocalist Eddie Vedder as “quite shy…He was a really amazing singer, but…was probably a bit nervous.”

The first album was titled “Ten,” inspired by the jersey number Blaylock wore.

Check our other Pearl Jam Week articles and see why it’s such a cool week to celebrate this iconic band.  And also read about how these other bands are related to Seattle: Beatlemania Week, and Nirvana Week.  All free! 🙂 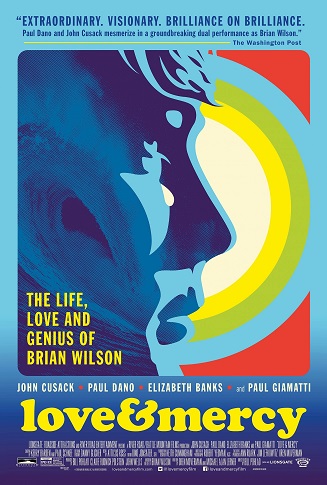 Oscar music week wraps up with a mammoth snub: The Beach Boys biopic, Love & Mercy. OUCH! But, hey, we’ve got rare studio footage of “Good Vibrations” (see if you can pick up on the mistake at 3:00.) We were going to talk about these guys anyway to mark the anniversary of the band’s 1970 concert in Seattle Center.