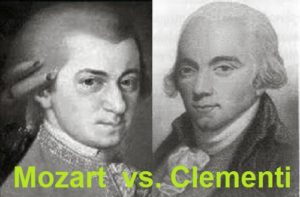 Everyone’s heard of Wolfgang Mozart.  And many piano students may also have heard of Muzio Clementi.  They were classical composing contemporaries who were both born this very week, four years apart (Clementi 1/24/1752; Mozart 1/27/1756.)

Interestingly, their paths overlapped at in Vienna in 1781 when the Holy Roman Emperor Joseph II asked that the two virtuoso pianists perform a competition for him and his guests at the Viennese court. The composers were called upon to improvise and to perform selections from various compositions. The Emperor diplomatically declared a tie.

After the competition, Mozart wrote to his father: “Clementi plays well, as far as execution with the right hand goes. His 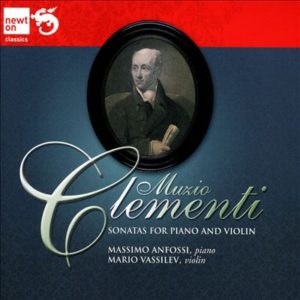 greatest strength lies in his passages in 3rds. Apart from that, he has not a kreuzer’s worth of taste or feeling – in short he is a mere mechanicus.” Later, he wrote: “Clementi is a charlatan, like all Italians. He marks a piece presto but plays only allegro.”

Mozart and his dad weren’t fond of Italians, thinking that Italians always got favorable treatment when it came to some of the best jobs.

Clementi, on the other hand, said of Mozart that he’d never before seen anyone play with such “spirit and grace.”

Despite Mozart’s insulting words, Clementi remained an influential musical figure and Mozart’s later work showed influences from Clementi.  Among other pieces, the overture for Mozart’s famous opera, The Magic Flute, borrowed the opening motif from Clementi’s B-flat Major Sonata, which was written 10 years earlier.  This was customary at the time for composers to borrow in this manner, and it would most certainly be regarded as a nod to Clementi’s work.

Here was the playlist from the competition:
Muzio Clementi: Sonata in B-Flat, Opus 47, No. 2 / Arthur Loesser 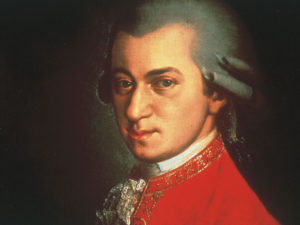 One of our newest teachers, Clarkia, has a passion to “pass the torch” to the next generation. We are so lucky to have her!

Even though this essay was only written as part of Vincent Spinner’s college application process, it serves as a compelling reminder of […]

We just finished up our 3rd and final session of Rock Band Camp for the summer. Students learned to play new instruments, […]

Are you missing your favorite hoodie and aren’t sure if you left it behind at the school? We’ve accumulated a lot […]