It’s voice month at Off the Wall so we thought we’d introduce you to one of our students, John Blacksmith.  A little more than a year ago, when John turned 50, he dared himself to do something he had always wanted to do. . . but hadn’t.  He decided that it was going to be either singing by himself on stage or joining a rock band.  Either way, he knew that he would need lessons to achieve these goals, so he found Josh at OTW and now he 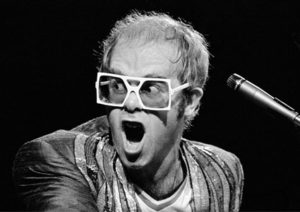 says his voice lesson is one of the highlights of his week.
And he is crushing it!  Did you see the picture?  No really, scroll up and look again!  He is having a blast achieving his goals!  Daring himself to get out of his comfort zone. . .what a fantastic idea!

John enjoys singing songs from the 70’s and 80’s – Elton John, The Eagles, Billy Joel, Stevie Wonder — and the list goes on.  But his favorite band is Led Zeppelin and he doesn’t need to explain himself: “If you’re a fan, I don’t need to tell you, if you don’t care for them, nothing I say will convince you.” 🙂

By day, John is a residential real estate agent and he loves his job.  By night, he is apparently a rock star!  When he has time off in between, John is a soccer player and a skier.  In fact, some of his favorite memories are at 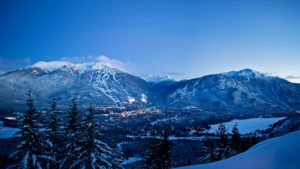 Whistler with family and friends.  After the mountain has closed for the day and most people have already skied away, they hang out at the top lodge until the Ski Patrol tells them they have to ski down.  Then, they get to ‘ski down the mountain, having it all to themselves.’  Sounds like a rebel rocker, for sure!

John’s wife and son also take lessons at OTW, and he told us that they love their teachers and the positive, supportive and fun environment that the staff works hard to cultivate.

And the sentiment seems to be reciprocated.  His teacher Josh said about John:

“John and his family bring so much to the school. (Muk and Jak are also students at Off The Wall) He is the friendliest person you will ever meet and I can always count on his warm smile to brighten the day. Plus we like the same music!”

Thanks so much for letting us put you in the spotlight John.  We really appreciate your great attitude and hard work!  Read more about his teacher Josh, who also teaches piano, drums, woodwinds, and harmonica.

We’ve been doing these student spotlights for about a year now….see who else we’ve featured!

Meet 11-year-old Delphine!  She has been talking guitar lessons with Matt Williams for just over a year — she started in […]

It’s piano month and we wanted to introduce you to some of our piano students at the school, such as 6-year-old Louis […]

Hi Everyone! We wanted to introduce you to 15-year-old Madison Herbst, who has been a student with us for two years.  Madison […]