We’d like to introduce you to 10-year-old Sawyer, who has been taking lesson at Off The Wall School of Music for 4 years.  Sawyer seems to be a very ambitious kid who will try anything — he plays 6 instruments! He is currently taking ukulele (and occasionally voice) lessons at OTW.  He says that one of his favorite things about OTW is all of the different equipment that he can experiment with.

While riding in the car, Sawyer likes to listen with his headphones on to “Hymn for the Weekend” by Coldpla 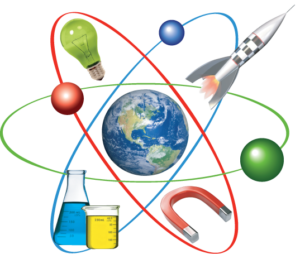 y and some Beyonce.  Sawyer has always been a Coldplay fan and has recently started to like the Lumineers too. He’s not really sure why those are his favorite bands, but he thinks it might be because they “write catchy songs.”  We agree . . . many of the OTW staff can be found singing (or at least humming) along to those songs, too!

His favorite food is TACOS – any kind!

Although Sawyer hasn’t really made a decision on what he would like to be when he grows up yet, he is considering a dancer/musician/performer, a sensei, pro athlete…  Like we said, he’s ambitious!  But he has also proven that he is willing to tackle anything he decides to do, so we have no doubt that he will excel at whichever he chooses.

Here’s what his teacher Matt Williams has to say about Sawyer:

“Sawyer is so cool! He’s very positive, has a great sense of humor, and you can always tell he loves what hes’ doing.”

We love having Sawyer take lessons with us here at OTW and can’t wait to see what he will tackle next!

We have so many wonderful OTW families! Learn more about them by checking out our other student spotlights!

Help us celebrate the August Musical Birthdays that are happening! Check out our psychedelic list of icons and other celebrities.

We are celebrating drums this month and we are turning our spotlight on one of our drumming students, 16-year-old Quentin! Read about all his awesome pets and his love of Nirvana. Some nice pics from last November’s recital, too.

One thought on “Ukulele Month! Student Spotlight on Sawyer”